Benjamin Myers has won the Society of Authors Tom Gallon Trust Award for his short story, ‘The Folk song, singer.’

This is his third national literary award in twelve months. 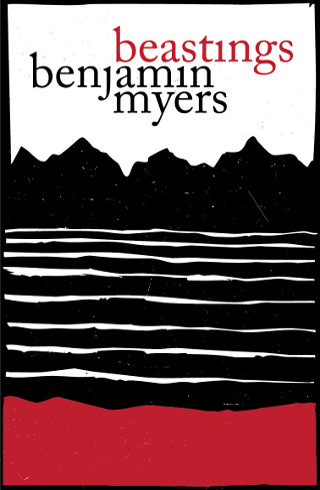 A girl and a baby. A priest and a poacher. A savage pursuit through the landscape of a changing rural England. Like an American Southern Gothic tale set against the violent beauty of Northern England, BEASTINGS is a sparse and poetic novel about morality, motherhood and corruption.

‘Myer’s prose is taut, confident, professionally polished but at the same time maintaining a sense of rustic and unrefined authenticity, that which is truly hewn.’ SARAH HALL

I will be part of a panel discussing books and words at The MMU Novella Awards on Saturday 12th July.

I will be joined by Alison Moore, whose novel, The Lighthouse was short listed for The Man Booker. Livi Michael, author of The Whispering Road and Nicholas Royle, representing Salt Publishing.

The June ACFG Book of the month for June, is WOUNDING by Heidi James.

‘Cora has everything a woman is supposed to want – a career, a caring hsband, children, and a stylish home. Desperate for release and burdened with guilt she falls into a pattern of ever increasing violence and sexual degradation till a one night stand tips her over the edge.’

Wounding explores a woman’s search for redemption, identity and truth.

Heidi James lives in London and lectures at Kingston University. Her poetry, essays and short stories have appeared in numerous publications including Myslexia, Galley Beggar Press and Dazed & Confused.

STRANGER THAN KINDNESS by Mark A Radcliffe is the first Bluemoose title to be sold at UK airports. It is part of WHSmith Travel’s six week Spring promotion, so as you idle the hours away waiting for that flight you can grab Mark’s latest book and like JO BRAND says on the cover, you can ‘ step into an alternative world,’ and one in which she wanted to stay in for a long time.’

If, of course, you’re travelling courtesy of a ‘No frills airline’ and:

Why not invest in Mark’s debut novel GABRIEL’S ANGEL, which was one of The Guardian readers’ books of the year.

We had a fantastic launch of WOUNDING by Heidi James at The Workers Arts Guild in Bloomsbury on May 1st. Wonderful reading from Heidi, lots of people turned up and we sold loads of books, so thank you to everyone that turned up. There is a cracking thread on Mumsnet at the minute about WOUNDING, so pop along and have your say if you’ve read Heidi’s book. Heidi also gave a talk and a reading at Purley Library yesterday. Lots more events coming up over the summer.

Bluemoose publishes WOUNDING by Heidi James today, 24th April 2014. The official launch is next week, Thursday May 1st in Londinium. Already there have been some fantastic review, which I will post later on today.

Congratulations to Heidi on her debut novel.

Bluemoose is proud to be a member of the Arts Council Fiction Group. All the publishers in the group have received significant Arts Council funding, either from the National Portfolio or from Grants for the Arts, and demonstrate how effective Arts Council funding has been in widening the range of fiction available to readers in England. The publishers in the group have very different lists but all share a commitment to artistic excellence, finding and nurturing the writers of the future and providing an alternative to commercial fiction.

Collectively we have won a lot of literary prizes and accolades and have made an important contribution to the creative economy. We are an Arts Council success story and our books make the case every day for Arts Council England’s investment in literary fiction. We have formed ourselves into a group to help promote what we do and argue the case for public investment in literary fiction. There is a link to the websites of all the publishers in the group and each month the group will recommend the work of a publisher in the group and take part in Arts Council Fiction Group promotions.

‘Havilio has found just the right tone and understated register to describe extremity. Paradises takes place in an irresistible, ghostly normality.’ Beatriz Sarlo, author of Jorge Luis Borges: A Writer on the Edge

Myers’ prose is taut, confident, professionally polished but at the same time maintaining a sense of rustic and unrefined authenticity, that which is truly hewn…it feels real – rain, mountain terrain, bothy kitchen, vestry, and all.

Pig Iron is an important book because it tells a story that has shaped all contemporary Western humans, but is routinely, inexplicably overlooked – the great move from agricultural life to industrial life.