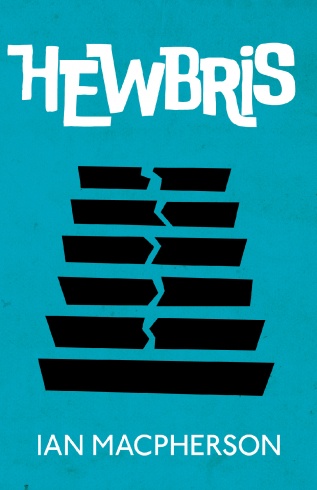 Life is good for reformed standup Hayden McGlynn. He’s living in rent-free luxury in London’s Kentish Town. His soon-to-be new agent is the hottest in the business. The rights to his autobiographical screenplay, set in his native Dublin, have been snapped up. The future is money. The future is success. The future is Hayden McGlynn. But Hayden has a problem. Screen Hayden is none other than Wolfe Swift, The Greatest Actor Of This Or Any Other Age. And Wolfe Swift, as he prepares for the part, becomes Hayden McGlynn! Is the world ready for two Haydens? He also has a second problem. He’s committed one murder and got away with it. He hasn’t committed a second murder. What if he gets done for that? Which leads to problem number three. The screenplay is autobiographical. Has Hayden inadvertently grassed himself up? Hewbris, a post-postmodern crime anti-thriller in the same vein as cult classic Sloot, posits five levels of comedy, lands Hayden with six biological mothers, and proves the existence of God through a joke. Which came as a shock to the author.