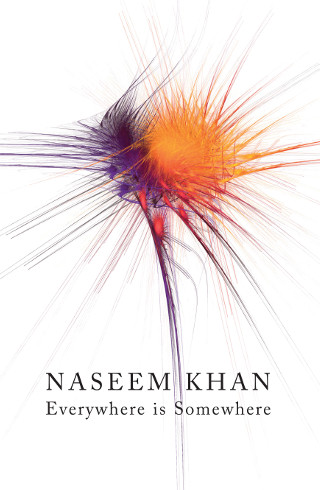 "This is an important story from the front line of multicultural experience, exploring the politics of race, identity and gender. Naseem Khan, an unlikely activist, describes her unusual mixed family background and the pioneering role she played from the sixties onwards in the recognition of ethnic and minority arts. It is essential reading for those trying to understand what Britain is today, and how we got here - a portrait of an age of extraordinary change, in which she played a significant part." - Dame Margaret Drabble

"Culture pioneer who brought ethnic minority arts into the mainstream." - The Guardian

Naseem Khan was instrumental in bringing ethnic minority arts into the mainstream and a major force within The Arts Council after her report THE ARTS BRITAIN IGNORES, that highlighted the burgeoning arts activity among Britain’s ethnic communities was published.

She was a radical and a pioneer, the daughter of an Indian doctor and German mother. After studying at Lady Margaret Hall, Oxford, whilst travelling in Pakistan during the second India-Pakistan war in 1965 she was held as an 'Indian spy' but released back into India. Naseem moved back to London, and became part of the black power scene in Notting Hill, west London, editing the Hustler magazine with contemporaries including Darcus Howe.

Her books included VOICES OF THE CROSSING (2000), with Ferdinand Dennis, about the impact that writers from Asia, the Caribbean and Africa have had on Britain, and ASIANS IN BRITAIN (2004), providing the text to accompany photographs by Tim Smith, and she contributed to BEING BRITISH: The Search for Values That Bind the Nation (2009), edited by Gordon Brown and Matthew D’Ancona. In 1999 she was appointed OBE.