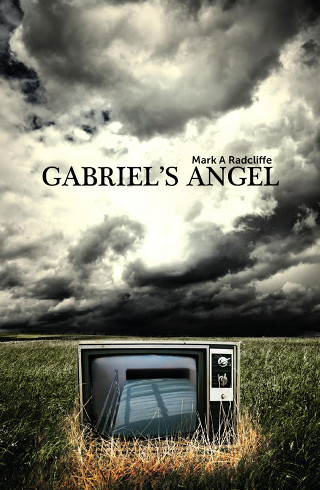 Gabriel Bell is a grumpy 44-year-old web journalist irritated by the accumulating disappointments of life. He and his girlfriend Ellie want to start a family but Gabriel has so few sperm he can name them and knit them flippers. So it’s IVF, which is expensive. If losing his job was bad enough getting run over and waking up to find himself in a therapy group run by Angels just beneath heaven really annoys him. And it doesn’t do much for Ellie either. Gabriel is joined therapy by Kevin a professional killer, Yvonne, Kevin’s last victim, a rarely sober but successful businesswoman and Julie, an art teacher who was driving the car that put Gabriel in a coma. In a rural therapeutic community set in an eternal September the group struggles with the therapy. If they do well they may be allowed to go back to earth to finish their lives, or pass into heaven. If they don’t it’s Hell or worse: lots more therapy.

GABRIEL’S ANGEL was the Guardian readers’ book of the year 2011.

‘You might think you’d rather die than go through group therapy, but what if death was no escape? Gabriel’s Angel is the perfect antidote to the glib platitudes of emotional quick-fix culture: tender, astute and very, very funny.’ -- award winning author Christopher Brookmyre

Along with the humour comes emotional intelligence and a great deal of humanity. This novel is wistful and melancholy in parts but never wallows in it. Gabriel’s fall is essentially a tale about the human condition and the trials and tribulations we suffer. A greatly enjoyable read that will leave you chuckling but at the same time reflective. More Mr. Radcliffe please! -- Grooydaz39 on Amazon